We have recently rehoused two colonies from Warré hives into Top-Bar hives. The first account is by Helmut:

yesterday john, michael n myself moved our bees from warre into the new build top bar. the operation went smooth, only very few cuts had to be made.

the colony was very well equipped with storage (we nicked a bit of honey)
and had good brood. there was some evidence of varoa (deformed bees - but not more than to be expected nowadays).

once again, i found handling / operating in the enclosed space of a warre very difficult, the very small bars offer too little space for the bees to attach comb.
even when you are very cautious cutting the combs loose and lifting with great care the combs like to break when they are full with honey and very heavy.
then bees are trapped in honey.... here were casualties = more than i would have liked.

considering it was quite a big operation the bees were friendly.  although we used the smoker / there was hardly any need for it. 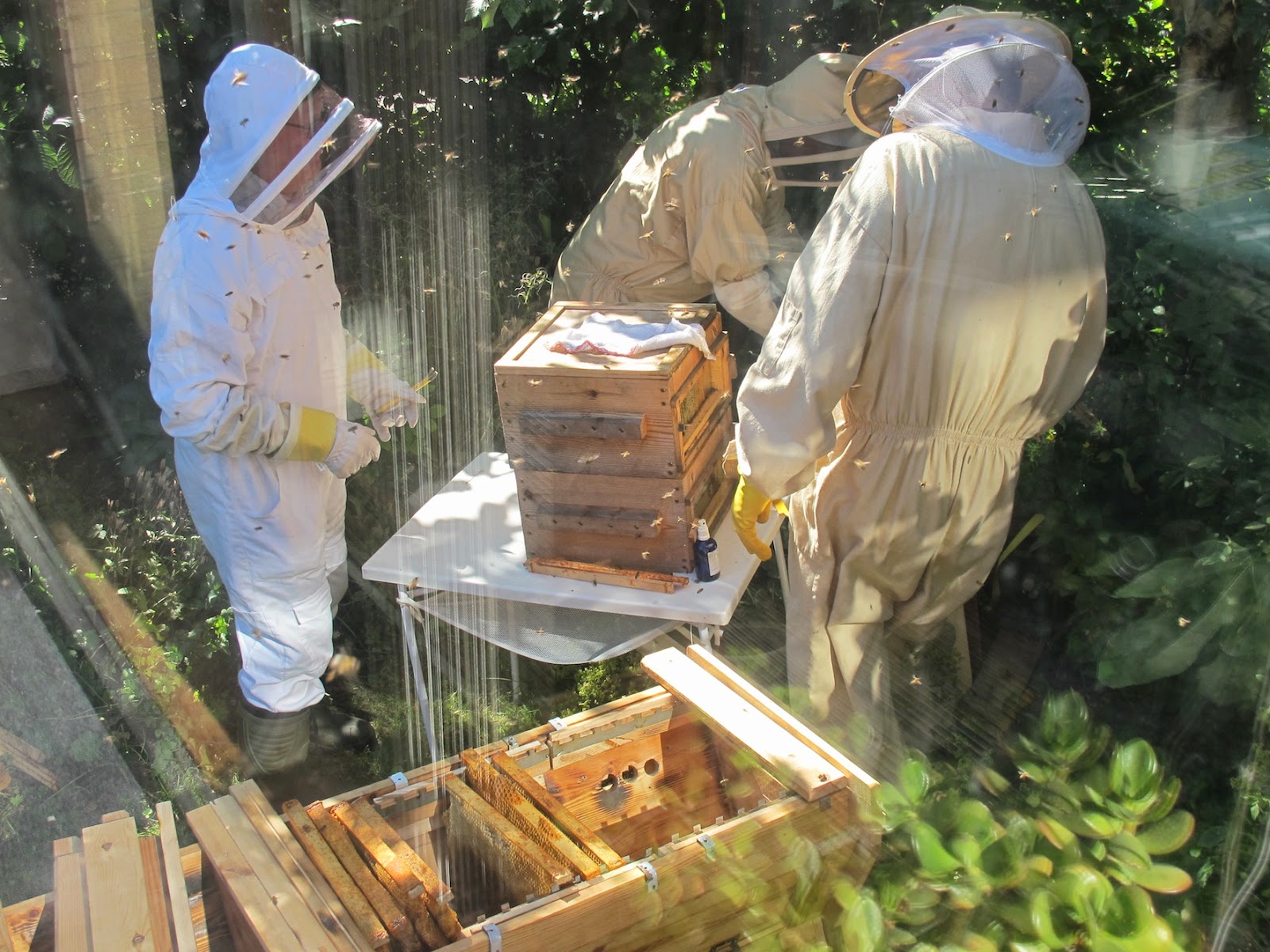 This afternoon at 14-00 hours Alan, John, Philippa and myself met to transfer the bees from the existing hive to the newly built top bar. The existing hive was a top bar with two warrie boxes above each other at one end, the remaining section being completed with top bars.

The top section of the new hive is the same dimension as a "standard" top bar hive but the sides do not taper they are vertical to accept warrie comb without it having to be cut to fit. The top bars have been designed to screw individually onto the warrie bars enabling easy removal from the warrie to the top bar.

After a discussion to form a method statement and action plan plus the health and safety statement we removed the top warrie box and placed it on a hard surface with a cover on the top to contain the bees. A cover was then placed over the bottom box again to contain the bees. The bottom box was then raised so the comb built below it into the top bar could be inspected, it was found only to be comb so it was removed with a cheese wire.

Both warrie boxes then went through the following procedure

The box was tipped on its side to separate the comb from the side of the box.
The individual rails containing the comb were separated from each other and lifted slightly to free them from the warrie castellations whilst a cloth covered the rest of the rails keeping the bees calm below. Some smoke was used but the bees didn't get to angry with us so we used very little except when we thought a major provocation would cause distress.
The new pre drilled top bars with screws in the two holes were then placed centrally over the warrie top bars and individually screwed into place using an electric screw driver. The completed rail assembly was then lifted and transferred to the new top bar hive, this went well and only one comb broke below the top bar because of the weight of honey in the comb.
The colony was large possibly 50,000 and although they have built new comb they seem to have been utilising the space vacated by the two earlier swarms. Having said that there were many combs full of brood and stores of honey so the colony is thriving at present. Inevitably there were some bee losses but they were kept to a minimum by the care taken in the method of transfer.
The new top bar hive was closed up after as many bees as possible were "shaken in" and then placed into the existing hive position. The remaining bees then slowly entered the hive after clustering round the access holes. 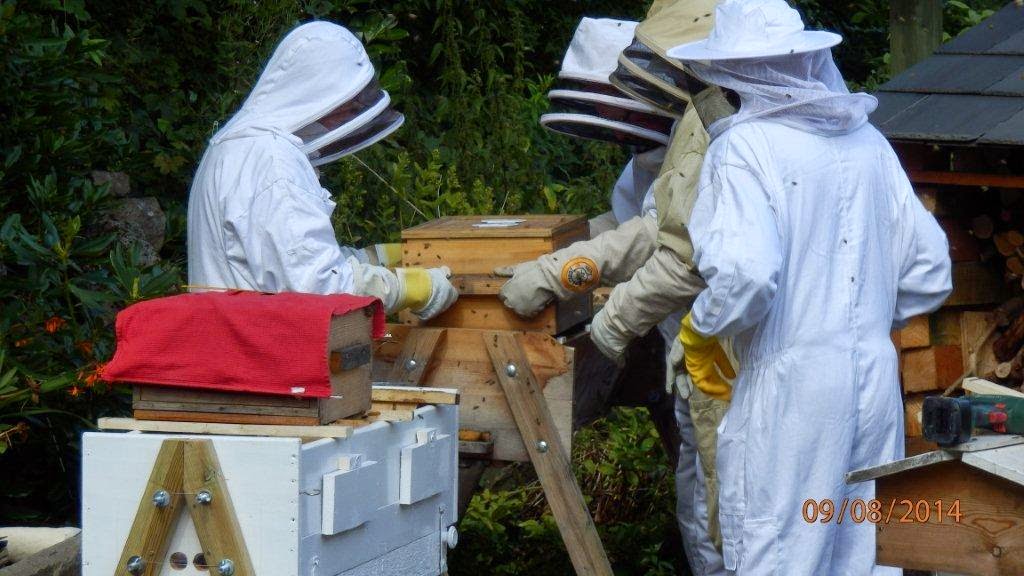 Posted by Bee Friendly Collective at 02:15